Finally! Yes, finally I’ve sat my butt down in this particular seat to write my first blog post. Yay! Ok that was a totally sarcastic “yay”, but whatever. It took me months to swallow the idea that I would need a blog as a writer. Took a few more months for me to come up with what the heck it would be about. The sad part is, even after getting my website up… it still took me over a month to write my first post. I know, I’m already starting off this blogging thing on the wrong foot.

So, I guess some type of introduction is in order. My name is Nicole and I aspire to be a published author. Why you ask? Well I guess because I just love to create stories. It’s took me a while to realize I even liked writing. How is that possible? Well, it happened when I was station in Iraq back in 2004. I kept having this awesome dream about an alternate dimension. It was possibly do to the fact that I was under environmental stress. But that’s neither here or there.

Anyways it was at this time I started to ask myself what I wanted to do with my life. I was not reenlisting, that was for sure. I asked myself over and over, what was the one subject besides band that I excelled at. English and History. Two subjects to this day, I have never had a problem passing. Even with the dreaded MLA format, getting an ‘A’ on a paper was never an issue. Even waiting until the morning of to write it.

But, even with these two subject. It would be hard to pay the bills. So I decided that I would write a book in-between life happening and see what happens. Sadly, that reoccurring dream that I decide to write. Yeah I’ve had start from scratch three times do to my laptops dying, and me being to stupid to keep up with the disk that had the saved rough draft on them.

Fast forward thirteen years and I still have yet to publish not just that book, but any book. I’ve worked in various fields, and none have made me happy like writing out some crazy story. It was at my last job, where I was a part of the third wave of layoffs after our company being acquired . I was talking to a coworker about things we like to do and I brought up writing. I admitted to him that I had been writing five stories, three were never ending stories that I just wrote to escape and would never get publish. While two of them were my babies that I would finish and publish within the next couple of years.

As we talked a few more coworkers started to listen in. He asked questions, and by the end of it, they all said the same thing. “What are you doing working in IT? Why aren’t you writing if you write that much?”. Fast forward four months and here I am, trying to make a small ink smudge in the world. With this journey, from start to finish, I will be writing about everything. The headaches of the outline, wanting to strangle beta readers, wanting to tie your household to the kitchen chairs and gag them so I can think for two seconds. And everything in-between.

Welcome to The Chronicles of a Newbie Writer! 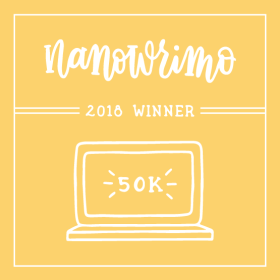